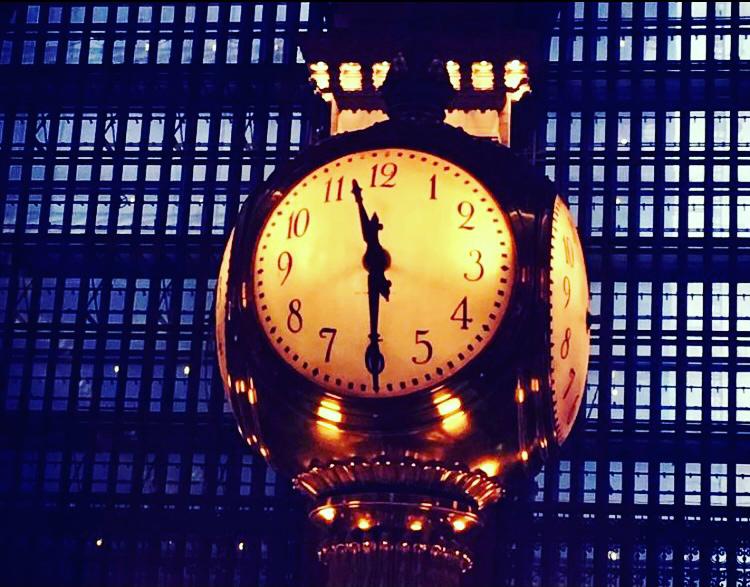 So You Think That You Understand Timezones?

When localizing business software, one of the key concepts to understand is that of Time Zones, which superficially seems a simple one. The world is divided into twenty-four zones, with local time advancing by one hour as you move from west to east every 15 degrees of longitude. And we all think that we know what we mean when we refer to ‘Eastern Time’ or ‘CST’, or ‘CET’. However, when you start to dig a little deeper, the picture is much more complicated, and often leads to confusion.

First, let’s step back and look at why we have time zones. For tens of thousands of years, man has used the angle of the sun in the sky to determine the time of day, recognizing its highest point as the middle of the day, which we now refer to as noon. (As an aside, the word ‘noon’ is derived from the Latin word for ‘ninth’ and originally meaning the ninth hour after sunrise, but its use changed between the 12th and 14th centuries to its modern meaning.)

Clearly, given the earth’s rotation, noon will occur at different times in different places. Historically, each town had its own local time. When people very rarely traveled, this was not a big issue. But with the coming of the railways (railroads) in the 19th century, local time started to be a major inconvenience. Many railway companies chose to base their timetables on the time at their headquarters which meant that at the far reaches of their network, clocks at stations could show a significantly different time from the rest of the clocks in the town. In some countries, such as the UK, the authorities agreed to use just one standard time across the country. In the UK it was based on the time at the Royal Observatory at Greenwich. In larger countries, such as the US, the situation was more complicated and after several proposals, in 1883 the railways adopted a series of five time zones, each differing by one hour with borders running through major railroad towns. Many towns started using these time zones fairly quickly, but it was not until 1918 that they were formally adopted by the US Congress.

Similar standardization took place in many countries, but these efforts were not coordinated and were often based on solar time at the national observatory. Slowly, recognizing the convenience to be gained, most countries adopted time zones that differed by multiples of one hour from the time at Greenwich (GMT) – although even today there are some that do not – for example, India uses a single time zone offset by 5 1/2 hours from GMT, while Nepal is 5 3/4 hours ahead of GMT.

In theory, the borders of time zones should follow lines of longitude every 15 degrees but of course, in practice, they tend to follow national borders, or in the case of multi-zone countries, seemingly random paths. And not all countries adopt the ‘natural’ time zone. For example, Spain, given its position, should logically follow GMT but is in fact one hour ahead. And China, despite its size uses a single time zone which means that in its western provinces the sun does not reach its highest point in the sky until 3 in the afternoon.

Coordinated Universal Time (UTC) is effectively the successor to GMT and is the international standard to which all time zone offsets are measured. Like GMT it does not use daylight saving.

There is a public domain time zone database know as the tz database that is used by many computer systems. This uses the format area/location to define time zones where the area is typically a continent or ocean, and location a city or small island. For example America/New York and Asia/Kolkata. The database contains a comprehensive history of time zone changes and is now backed by ICANN.

The issue here is that of finding a friendly way to interact with users when talking about time zones – for example in a settings module where the user selects their time zone.

Many, but not all, countries in northern or southern latitudes advance time by one hour during the summer months of the year. There are various justifications for this practice, the most common being to give people more opportunity to use the hours of daylight in regions away from the equator where days are significantly longer in the summer than in the winter.

When DST starts in a location, clocks are advanced one hour, meaning that day is actually one hour shorter. Conversely, when DST ends, that day gains an hour.

Not surprisingly, there are some variations as to how DST operates around the world. Across the European Union, the change is coordinated at 01:00 UTC on the last Sunday in March and the last Sunday in October – so in France (Central European Time) clocks change at 02:00 and in Poland (Eastern European Time) at 03:00. However, in the US the change takes place at 02:00 local time – so clocks in New York change one hour before those in Chicago, and three hours before those in Los Angeles. And the relevant dates are the second Sunday in March and the first Sunday in November.

With regard to the naming of time zones during DST, many simply replace the Standard with Daylight – so Eastern Standard Time (EST) in the US becomes Eastern Daylight Time (EDT). In the UK, which observes GMT in the winter, daylight saving is known as British Summer Time (BST). This often causes confusion among those who think that GMT refers to the time in the UK year-round. However, in the Irish Republic it is summertime that is known as Irish Standard Time (IST)

While it is important to understand time zones when localizing your product, it is also helpful when doing business generally around the world – for example, coordinating the times for meetings. How many times has a colleague overseas scheduled a meeting with you in the middle of your night, or not recognized that different countries move to and from DST on different dates?